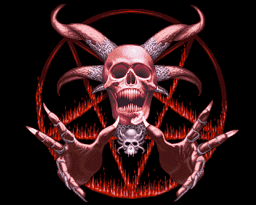 Thrown into chaos after the death of the god Aroden, Cheliax found a new spiritual guide to help tame the resulting lawlessness and destruction—Asmodeus. Dominated today by the Thrice-Damned House of Thrune, Cheliax is a land of inflexible order, like a rigid steel blade tempered in the fires of Hell. It is a land where nobility and virtue take second place to a ruthlessly imposed harmony. It is a place where talks of past glories are only whispered in the dark, where heroic ambitions are kept to oneself, and where normal people strive to blend into the safe anonymity of the crowd. It is here, in the country’s former capital of Westcrown that you originally found yourself.

Looking back, it all began with a strange shadow in the sky over the city of Westcrown — an eerie precursor to a cataclysmic falling star that shook western Varisia. Yet this falling star was no natural event; it had been plucked from the sky by the drow using ancient glyph magic, the same magic that the aboleths used ten thousand years ago to destroy the continent of Azlant and bring about the Age of Darkness. Now, with this destructive magic at their hands, the drow of House Azrinae worshipers of the Demon Lord Deskari, are preparing to bring down a star on the Wardstones around the Worldwound. The dawn of the Second Darkness and with it the unleashing of Deskari and his host upon the world.

Hey Carl, good to see you have a new campaign. I see those Gods are all naughty naughty naughty……and quite a mix of alignments in the party too! Best of luck with your adventuring. The site looks cool!

I'm sorry, but we no longer support this web browser. Please upgrade your browser or install Chrome or Firefox to enjoy the full functionality of this site.